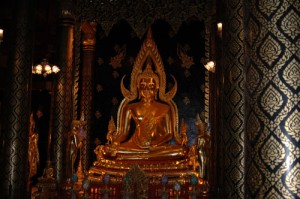 Thailand is an easy going with relaxed people and no real hazards. If you are prepared you can handle & enjoy any challenge. Thailand has many holidays to celebrate many events. Long Live The King ! The Kings birthday on December 5th is also National Fathers day. Get acquainted to history and culture customs! Thailand is about 513,115sq.km (a bit larger than Spain).

Two Thai chieftains Khun Bang Klang Hao &  Khun Pha Muang established the first independent Thai Kingdom in Sukhothai in 1238 after derived the Khmers who had ruled this region in the 11th & 12th century.

Sukhotai Period (1238-1438) was a prosperity time with peace, stability and with close, friendly relations with neightbouring countries. Buddhism was firmly established as the state religion. In the late 14th century, Sukhotai began to decline and became a vassal state of the rising Ayutthaya Kingdom in 1378. Sukhotai was completely absorbed by Ayutthaya in 1438.

Ayutthaya period (1350-1767) Ayutthaya was the capital of the second Thai kingdom with 33 successive kings. Ayutthaya had a well-developed agriculture and did a thriving trade with foreign countries. The city was beautified by glittering palaces, ornately designed temples and gold-plated pagodas and was recognized as a major metropolis of the world during the reign of King Narai the Great (1656-1688). Although Ayutthaya lasted fro 417 years it had to fight many invading neighboring countries notably Burma. After 1758 Ayutthaya was in disarray because of the bitter rivalries for the throne among the members of the royal family which resulted in its humiliating defeat in the war with Burma and subsequent surrender to the Burmese in April 1767.

Thon Buri period (1767-1782) Seven months after the defeat by the Burmese, Phraya Taksin, who had serverd in the army of the last king of Ayutthaya, succeeded in expellling the Burmese and reestablishing Thai sovereignty. Since the old capital was ransacked and totally ruined by the Burmese, King Taksin decided to move the capital to Thon Buri, today a part of Bangkok on the west bank of the Chao Phraya River. During the 15=year rule King Taksin extended the territory of his kingdom to Laos and Cambodia.
On King Taksin ‘s deathy in 1782 his general and friend Chao Phraya Maha Kasatsuk ascended the throne and was known as King Buddha Yodfa or RAMA I. He moved the capital to Bangkok on the opposite side of the river and established the CHAKRI Dynasty.

Rattanakosin period (1782-present) During the early part of the Chakri Dynasty arts, culture and literature were in full bloom. Relations with the Western countries were restored by King Rama III. In the reigns of Rama IV and Rama V, Western culture was introduced to Thai society. Thailand lost large pieces of its territory during this period of expansion of Western colonialism. Thais pride themselves on their ability to maintain independence while all their neighbors were reduced to the status of colony one after the other.
Although a group of foreign-educated military officers and students staged a peaceful revolution in 1932 changing its political system from absolute monarchy to constitutional monarchy the love and reverence felt by Thai people toward their King have not diminished. The present monarch, King Bhumibol Adulyadej remains the stabilizing element of Thailand and is generally recognized as one of the most beloved rulers in Thai history.

Born the second son to Prince Mahidol of Songkhla, the brother of King Prachadhipok (Rama VII), neither the King nor his elder brother Ananda Mahidol were in any way expected to be part of the long line of the Chakri Dynasty that had ruled Siam since 1782.

His father, Prince Mahidol na Songkhla, was the heir presumptive but when he passed away and the childless King Prachadhipok died in 1935, the crown was, by law of ascension, bestowed on Bhumibol’s elder brother Ananda when he was 9-years-old. However, when King Ananda died in 1946, the crown was once more passed on, this time to his younger brother, the present King Bhumibol. He was 18 then. HM King Bhumibol went to Switzerland to study law and political science and his uncle, Rangsit, Prince of Chainat, was appointed Prince Regent. 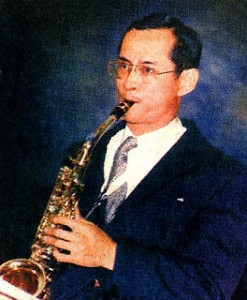 HM the King returned to Thailand in 1950, when his coronation took place. His full name – Bhumibol Adulyadej – means ‘The Strength of the Land: Incomparable Power’. HM the King is a great achiever. He has been called the revolutionary king, the reformist king, the development king, the jazz king (he has composed no less than fifty songs), and the people’s engineer. To the Thais however, he is known fondly as “the Father of the Nation,” or Por Luang. His birthday is also celebrated as a Father’s Day in Thailand.

Having a lifelong interest in agriculture, HM The King has developed agriculture-related projects that include soil management, drought and flood mitigation, and wastewater management, among others. A gifted inventor, the King has engineered modern and cost effective machines to solve difficult farming and environmental situations such as the Royal Rain and the aerator for polluted water, for example.

But for the Thais, he is most renowned for his philosophy of Sufficiency Theory orsetsakit por pieng, that he proposed to the nation during the economic crisis in the late 1990s. Sufficiency Theory advocates a livelihood of moderation and a development model based on small incremental steps devoid of high risks or speculations. Giving a definition, HM The King says: “…Self Sufficiency doesn’t mean each family has to grow their own food or weave their own clothes. That is too extreme. In fact, it could mean wealth as long as the money earned is not the result of exploitation of others…” During the two decades of its application, setsakit por pieng has become the byword for many Thais who genuinely embrace the concept and successfully apply it to their lives.

In 2006, on the 60th anniversary of his rule, the Unites Nations Development Programme (UNDP) presented to HM King Bhumibol the first Human Development Lifetime Achievement Award in recognition for his tireless work. In his speech accompanying the presentation, UNDP’s then Secretary General Kofi Annan credited the King with “extraordinary contribution to human development,” and called him “the world’s Development King, who reached out to the poorest and the most vulnerable people of Thailand regardless of their status, ethnicity or religion.”

Since 2005, HM The King has been residing at Siriraj Hospital due to health issues. This has in no way prevented him from doing his “duty”, as he still receives government and foreign dignitaries, reads, writes and plans more development projects.

Best way to enjoy your hollidays in Thailand is to rent a private pool villa. It is much cheaper to rent a place for 1 month or longer. A villa in Sakoo in Thalang district is near two quiet beaches NaiYang & Naithon. Amphoe Thalang is the administrative district in the north of the Phuket Island. In this area there are two small cities: Thep Krasattri and Choeng Thale. The district’s major attractions are: the National Museum Thalang (near the battlefield of the “Battle of Thalang” where the two heroin women, in 1785, defeated the Burmese army), the 22 km² large Nature Park “Khao Phra Thaeo” (with waterfalls and wildlife), the Temple “Wat Phra Thong” (with Golden Buddha), and the 90 km² big National Park “Sirinat” with mangrove forests. Along the coast there are several wonderful and kilometers long white sandy beaches. Some of them are perfect to relax and enjoy the peace under the palm trees, some others are ideal for water sport activities and entertainment. The highway 402 runs from the Sarasin Bridge (Pak Prah Strait) in the north, along the Phuket International Airport, to the city of Phuket in the south. Other locations are Amsterdam, San Francisco. Be yourself, be happy be gay in Phuket, enjoy life and have fun “SANUK”. Get all you need at ACTuSail or read some blogs to get Insights about life in Thailand

Tourists are welcome in the Kingdom of Thailand for most nationals for 1 month. Most nationalities can get a 1 month visa on arrival by air. If you want to stay longer in Thailand. Get yourself a tourist visa before you come to Thailand. Than you can stay for 2 months with a 1 month extension option. If you want to stay much longer and are not retired yet (younger than 50 years of age) maybe you should learn the language and get yourself an education visa before you come to Thailand. Maximum stay is one year but you have to leave Thailand every 3 months anyway. When you got your visa you need a place to stay. You have to fill your local address in the arrival form.